You are here: Home / Mike Lewis 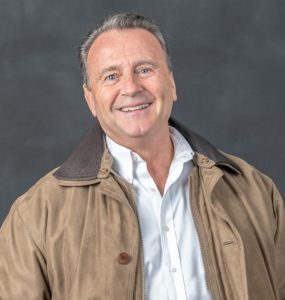 After conducting research for a book project, Mike stumbled upon the stories of Anne Bonny and Mary Read, two of the most fearsome pirates who ever lived. Further investigation revealed a multitude of other fascinating, yet widely unknown, female warriors whose admirable – and often terrifying – exploits were unfairly relegated to near obscurity. Thus began the journey of Fight Like A Girl, a compilation of snapshots highlighting the lives and stories behind women who not only proved their mettle in battle, but even altered the course of history.

When not pursuing his career as a financial advisor for Northwestern Mutual, Mike is a playwright, actor, songwriter, author, and independent filmmaker. He was born in Boston and attended Bishops University in Quebec, as well as the University of Massachusetts in Amherst. Lewis was playwright-in-residence at the Los Feliz Playhouse in Los Angeles and had a number of works produced and favorably reviewed by the Los Angeles Times, the LA Weekly, and others. He also wrote, produced, and acted in Getting Personal, an independent feature film that has aired on Showtime, Cinemax, and the Lifetime Channel. Mike also wrote and directed the short comedy film, The Policy, which was screened at film festivals around the country.

His foray into the world of children’s picture books began with The Great Pirate Christmas Battle (2014), Mike’s first published book featuring the incorrigible but lovable Cap’n McNasty, and his crew of scalawags from the pirate ship, Knotty List. A sequel soon sailed onto bookstore shelves with publication of Battle For The Knotty List (2016), followed by a third book in the series, The Great Thanksgiving Food Fight (2017). A fourth McNasty book called Cap’n McNasty’s Pirate Guide is due in port sometime in 2020.

Fight Like A Girl is Mike’s first book of middle-grade fiction. He lives in Weymouth, MA, with his beautiful wife and four amazing sons.
Fitzroy Books is proud to publish Fight Like a Girl in the spring of 2020.