You are here: Home / Mathew Tekulsky 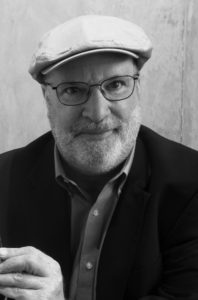 Mathew Tekulsky grew up in Larchmont, New York. He attended the University of Rochester and graduated in 1975 with a BA in history. He spent his Junior Year Abroad at Birmingham University in England and wrote a thesis on Aldous Huxley as part of his English literature studies there. Mathew was awarded a Certificate of Achievement in the Short Story category of the 1984 Writer’s Digest Magazine Writing Competition. His short stories have been published in numerous literary magazines.

In his nonfiction writing career, Mathew has been drawn to subjects that concern the natural world. In the tradition of the great natural history author John Burroughs, Mathew has written essays on his birding experiences for the NationalGeographic.com website in a column entitled “The Birdman of Bel Air,” as well as in his contributions to Wake-Robin, the newsletter of the John Burroughs Association. His books Backyard Bird Photography (Skyhorse, 2014); The Art of Hummingbird Gardening (Skyhorse, 2015); and The Art of Butterfly Gardening (Skyhorse, 2015) explore the natural history of their respective subjects and blend memoir with how-to. His essay “John Burroughs and Yosemite,” along with four of Mathew’s photographs of Yosemite National Park, was published by North American Review in 2017. Mathew is also the author of the best-seller Making Your Own Gourmet Coffee Drinks (Crown, 1993).

Regal House Publishing and Fitzroy Books are thrilled to be publishing Mathew’s YA novella The Martin Luther King Mitzvah in 2018.