You are here: Home / Bob Katz 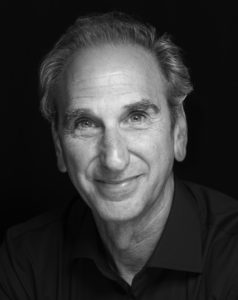 Bob Katz is author of several acclaimed books. His novel Third and Long, about a dying midwest factory town that finds new life when a former football star is hired as the plant manager, won the 2011 Independent Book Publishing Association Fiction Award  Hot Air, an earlier novel about a mystical Latin American revolutionary on a speaking tour of US college campuses, was optioned for a movie by MGM and actor Michael Keaton. Elaine’s Circle: A Teacher, A Student, A Classroom, and One Unforgettable Year is a narrative nonfiction account of a dramatic episode in the classroom of a heroic school teacher in rural Alaska. The Whistleblower: Rooting for the Ref in the High-Stakes World of College Basketball is a behind-the-scenes exploration of the struggle to establish fairness in a hyper-competitive sport where both sides are angling for an edge.
In addition, Katz’ writing has appeared in a wide variety of publications, including the New York Times, Chicago Tribune, Newsweek, Mother Jones, the Nation, the Boston Globe, Christian Science Monitor, and many more. He resides in Lexington, MA.
Fitzroy Books and Regal House Publishing are delighted to be publishing Bob Katz’ MG novel, EZ and the Intangibles in 2018.