You are here: Home / The Fitzroy Team

Jaynie Royal is the editor-in-chief at Regal House Publishing. While Jaynie’s academic background is in history and archaeology, she has long nursed a passion for literature. After spending many years navigating the publishing industry, Jaynie decided to start a new enterprise that invested deeply, meaningfully and significantly in its authors: Regal House Publishing. Since, Regal House has grown to encompass two imprints: Pact Press and Fitzroy Books. Jaynie is extremely proud of the talented editing team that has been assembled at Regal and thrilled to provide all of our authors with a high level of editorial excellence.

Pam Van Dyk lives in Raleigh, North Carolina. She holds an MFA in Creative Writing from Queens University of Charlotte. Prior to receiving her MFA, she received a PhD in Education Research and Policy Analysis from North Carolina State University. As a volunteer reader for the Raleigh Review Literary Magazine and QU Literary Magazine she enjoyed the process of reviewing manuscripts and offering recommendations to the editors. When it comes to her own writing she adheres to the philosophy that one must learn writing from reading. Thus, she spends a great deal of her free time wandering around book stores and adding books to her ever-growing ‘to read’ list. A selection of her fiction has been anthologized by the Maine Review, Outrider Press, and Flying South.

Ruth Feiertag is the senior editor at Regal House Publishing. In grammar school, Ruth Feiertag’s father started handing her Great Works of English Literature with the admonition, “Here—read this before they ruin it for you in school.” After that there was nothing for it but to major in English Literature, and Ms. Feiertag got a B.A. from the University of California Santa Cruz and eventually an M.A. from the University of Colorado at Boulder. She meandered towards a Ph.D. but arrived in the realm of independent scholarship and NCIS instead. She finds Medieval and Renaissance literature (mostly poetry and drama) endlessly fascinating, and anyone who wants to be treated to a long monologue should ask her about bastards from the Middle Ages through the Early Modern period. Ruth is the founding editor of PenKnife Editorial Services, and a member of the National Coalition of Independent Scholars.

Michelle Rosquillo is the lead editor for our upcoming Pact Press ocean anthology, an Associate Director at The Regal House Initiative, and a senior editor of our Regal House Publishing titles, and our senior poetry editor leading the We 2 R Poets project. She has an MFA in Creative Writing with a concentration in poetry from the University of North Carolina at Greensboro, from which she also holds a Bachelor of Arts in English. Her creative work has appeared in Corbel Stone Press’s Nature and Myth anthology, digital literary journal storySouth, and UNCG’s student-run arts and literature magazine Coraddi. She currently lives in Greensboro with her wife. 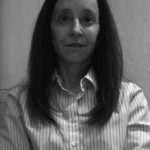 Elizabeth is an editor at Regal House Publishing. She lives near San Jose, California, where she has been doing research and drafting opinions for the state Court of Appeal for the past 29 years. In her spare time she enjoys proofreading and copyediting for anyone who asks—a student applying to college or graduate school, a scientist about to submit a paper for publication, one of her own colleagues at the court, or just anyone who wants help with syntax, punctuation, etc. Elizabeth has a B.A. from the University of California Santa Cruz, a Ph.D. in psychology from Stanford, and a J.D. from U.C. Hastings College of the Law. She’s looking forward to retirement, when she can go back to school and learn something useful, like Spanish.

Katelynn Watkins is an editorial intern at Regal House Publishing, not to mention an avid lover of any and all stories. She currently lives in Wilmington, North Carolina, and works as a digital content specialist for Sage Island. In May 2019, Katelynn will receive her MFA from Emerson College’s Popular Fiction Writing and Publishing program, which supplements a BA in mass communication from UNC Asheville. Occasionally, she contributes to regional and local magazines – like WNC magazine, North Brunswick Magazine, Wrightsville Beach Magazine, and Cape Fear Living – but spends any free time perfecting her own fictional projects, exploring the coast, staying fit, and reading as much as she possibly can.